Refactoring: Fix your bugs before they even occur 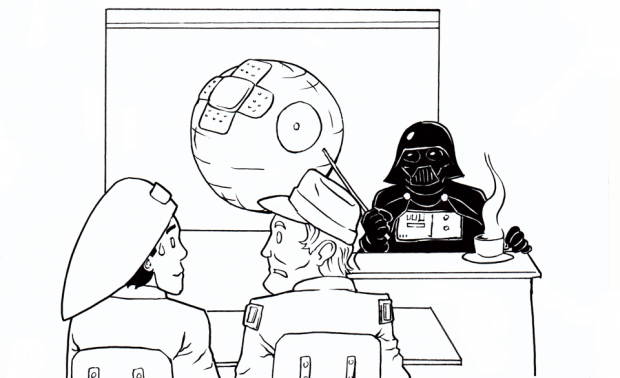 It always feels good when we nail down a nasty bug, doesn’t it? But it is always a painful experience when our user discover new ones. So what about solving them ‘by design’, before they even get in production?

Not so long ago, in a code base very outdated…

This opening sounds familiar, doesn’t it? In the life cycle of an application, it is more than expected to add features to an application with legacy code. Most of the time, the programmer of this code just wouldn’t have planned for such a feature to be requested.

For this reason, every new feature should be an opportunity to question the actual design of this code base. There’s two benefits from a better design that could satisfy both the Product Owner/customer and the developers team:

Speaking of bugs, they usually come when a user uses the application for an use case that the developer wasn’t used to. This means that a developer can’t really prevent them before the user find them, except…

… we actually can (for specific cases)! Experienced programmers have noticed anti-patterns that have been repeated through numerous software; anti-patterns that usually lead to bugs in a more a less expected manner. A great deal of these anti-patterns have been compiled by Martin Fowler and Kent Beck in a book named Refactoring: Improving the Design of Existing Code1, under the term of code smells.

The following example comes from the Bug Zero Kata2 by Johan Martinsson. This code kata aims to prevent bugs happening with the implementation of new features by refactoring an application close to a Trivial Pursuit game.

The above lines (in PHP) show an example of Data Clump. This is a typical code smell: you can see that, whenever a new player enters the game, four values are added in four different arrays:

While all these values are related to a same player, they are distributed across four different arrays! We can easily see how it can cause a bug by a carefree future development: imagine one player is removed from the players list by a new function like this one:

You can see the developer forgot to also remove the corresponding values in the places, purses and inPenaltyBox arrays… What happen here if we remove the second player in a four players game? Well the third player will now have the previous second player’s position, coins and penalty state, and the fourth will have the previous third player’s values for these! Obviously, some players will be happier than others…

Return of the clean code

Thankfully, there are not only the smells that are well known, but also the methods to counter them: the refactorings! While the word has been used to define any modification of code that doesn’t add feature to a code base, it is used in the aforementioned book in a very specific meaning:

Refactoring (noun): a change made to the internal structure of software to make it easier to understand and cheaper to modify without changing its observable behavior.

This book contains a wide catalog of such refactorings, that are like ‘recipes’ to be applied step by step. And each of them can be composed of several smaller refactorings.

Let’s take the data clump sniffed earlier as an example. The book recommends a refactoring named Extract Class: we’d rather have all the related data bound together in instances that can represent each individual player. So if a player leaves, he takes all his coins with him.

But replacing every references to places, purses and inPenaltyBox right off the bat would be quite risky. So we will take a securing step first, in the form of the Encapsulate field refactoring:

Each one of these functions are simple getters and setters: they encapsulate the access to the current player’s data (position on the board, coins in purse, if she is in penalty box…), but the arrays still exist individually! What I can do now is replacing each call to these arrays to a call to the adequate function instead, one by one, testing between each replacement that I didn’t break anything. With a smart IDE or a little search & replace, I can also speed up the process by a lot.

Now that I have my access to player data secured, I can create the awaited Player class:

Because the values for a new player’s place, coins and penalty status are always the same, I can simply set them with default values in the class, only the player’s name need to be passed in the class constructor. The rest of the class methods are simple getters and setters to access these values. Yes, this is a lot of getters and setters in the project, but we will replace the former with the newer in a few minutes. But before that, I need to change how the player data is stored.

This function is already becoming simpler. Now the $players array stores Player instances instead of strings for players’ names. This means that I have to change the immediate following code to display the name of the new player by calling the Player::getName() getter instead of directly accessing to the array values.

But wait a minute, since $players now stores objects instead of strings, wouldn’t it just break my whole application? The answer is yes, but as sharp as you are, you surely know where I’m going next: all the data access have been encapsulated in getters and setters! This means that I just have to change the code inside these getters and setters, and voilà, I have now completely changed how the player data are stored and accessed in my whole application.

These last steps are really a matter of style and preference, so I won’t drag on too long on them3. The important consideration here, is that I’ve applied each of these steps to have my application back to a stable state as quickly as possible, by making the smaller steps I could imagine. That’s why this practice goes very well along automated tests, which make inquiring the stability of your code a very trivial task.

Knowing the specific refactorings helps a lot in defining the steps to take (but I won’t lie, I had the book on my desk during the whole exercise). And the smaller of them are built to be done by most of the recent <abbr title=”Integrated Development Environment>IDEs</abbr> on a simple shortcut, which speeds up the process by a whole lot while making it risk-free!

Although, this doesn’t mean that these recipes are the end-all be-all to solve the sniffed code smells, and each proposed solution is to be adapted to your application and feature context. In fact, the book proposes several ways to apply each refactoring, and emphasize on the fact that it is not an exhaustive list.

A hack for the future

Now that you have a way cleaner code base, implementing the mentioned feature should be easier. And even if it may have you write more code in the end, you will certainly be more aware of what each part of this code is about. So don’t let this awareness fade out! There is a still some easy and very valuable refactorings to be performed: Rename function and Rename variable.

These very simple constructs of every programming language are not to be treated likely! Because we, programmers, spend more time reading code than writing it, being able to understand what a function/method does and what data a variable holds is very valuable in our everyday jobs. So be nice to your colleagues (and to yourself from the future), and find explicit names for each of these. If you’ve written a comment above such a function or variable, you might find the words you’re looking for in this comment (and probably will not need this comment anymore)…

With all that time spent in rewriting existing code, you might have overreached the time estimated to implement the feature. Don’t worry though, because you have still made valuable progress:

If you feel insecure about it, and don’t want to try it in your production environment, that is absolutely understandable, and I advise you to train yourself with some coding katas. But that will be a topic for another post…

Until then, keep coding!